Pregnancy can be a beautiful experience for a woman. But it has its own share of complications that one would need to stay away from in order to enjoy a healthy, hassle free pregnancy term. One such complication that every woman needs to be wary of during her pregnancy involves dental care and health. Pregnant women are more prone to dental issues owing to the sudden surge of hormonal levels in their body during this period. These dental complications can range from mild issues to more serious conditions that could pose a threat to the health of both the mother and the baby.

Therefore, it is considered wise to get even the simplest of dental issues treated immediately during pregnancy. It is also imperative that pregnant women take good care of their teeth and gums during pregnancy in order to avoid complications later on.

A pregnant woman can experience a number of dental issues throughout the course of her pregnancy. Here are some of the more common ones that need to be dealt with immediately though.

These tumors would start appearing as extra growth on the gums and would cause extreme discomfort while eating, drinking, swallowing or even speaking. In most cases, the tumors would cause pain as well. The best way to get rid of them is to visit a dentist immediately.

Very common during pregnancy, pregnancy gingivitis is characterized by red, swollen and puffy gums. In certain cases, the gums may bleed when you brush or floss the area.

Pregnant women are more prone to the condition owing to the increased hormonal levels which in turn increase the blood circulation throughout the body, including the gums. So maintaining proper oral hygiene (regular brushing and flossing) is considered a must in order to keep the condition at bay.

A serious complication in pregnant women, periodontal gum disease is known to cause premature delivery, miscarriage and weight issues in the new born. The disease arises from a severe gum infection that damages the nerves, fibers and bones holding the tooth in place. Negligence and improper care could lead to other conditions like tooth loss, bleeding gums and even severe infection in and around the area.

For instance, certain drugs can be considered dangerous for the baby. Drugs like tetracycline can affect the development of baby’s teeth and is usually avoided during pregnancy. Some patients have adverse effects to anesthesia as well and so would need to let the dentist know about the same in order to feel less stressed out during treatment.

The first and third trimesters are the most sensitive stages of a pregnancy. Even a slight issue could blow out of proportion and pose serious health related risks to both the mother and the baby. Therefore, it is considered wise to avoid certain dental treatments and procedures until after the pregnancy or get them done before conceiving (highly difficult).

Accordingly, some of the dental treatments that need to be avoided during pregnancy include dental x rays, teeth whitening, root canal procedures, cosmetic procedures and any other form of extensive dental treatment that would require the patient to remain seated for longer periods (puts pressure on the inferior vena cava blood vessel, thereby causing dizziness or loss of consciousness). In the case a dental X ray is considered essential, the dentist would use an appropriate shield to protect both the mother and the baby.

Keeping a check on Medications

Before opting for a dental treatment (even a routine one) during pregnancy, it is considered wise to let the dentist know of all the medications and supplements (including their dosages) the patient may be taking to support the pregnancy.

Based on the information obtained, the dentist would either push off the treatment for a later period or alter the course of the treatment and the medications used for the same so that the patient and the baby are not affected.

Pregnant women must make it a point to visit the dentist regularly for professional teeth cleanings. Sudden changes in the hormonal levels in the body during pregnancy would put the mother at increased risk of contracting dental issues. A dentist would be able to keep the teeth and gums clean, and would also be able to spot and treat anomalies that could pose a threat to the pregnancy.

It is also considered imperative to call the dentist immediately in case of certain dental issues like toothaches, bleeding gums, tooth abscess, pus formation near the gum line, tooth cavity, and tooth loss etc. These conditions if left untreated could pose serious threats to the health of the mother and the fetus.

Regular brushing and flossing would keep most if not all kinds of dental issues at bay during pregnancy. Brushing the teeth with a round tipped, soft bristled toothbrush can keep them clean without damaging the tooth enamel in the process. Fluoride toothpastes can be used for better results although bland tasting toothpastes can be used by individuals who suffer from morning sickness.

Flossing after every meal would prevent dirt accumulation on the teeth and gums, thereby keeping tartar, plaque and bacteria away. A good quality mouth rinse would help clean the mouth and curb nausea that arises due to flossing.

Keeping an eye on the Diet

Eating a healthy, balanced diet high in minerals and nutrients is considered essential during pregnancy. A diet that contains plenty of yogurt, cheese and dairy products would help supply the necessary nutrients for the proper development of bones, gums and teeth of the infant.

Dental issues can be aggravated by eating sugary foods. And chances of the mother infecting the infant are very high during a pregnancy. Therefore it is considered wise to limit the intake of sugary foods during pregnancy in addition to avoid snacking frequently.

Post pregnancy dental care is considered essential in cases where the individual in question suffered from dental issues before or during pregnancy. A complete evaluation of the teeth and gums would be considered necessary at this stage to avoid recurrences in the future. 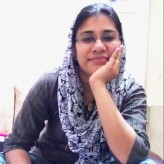